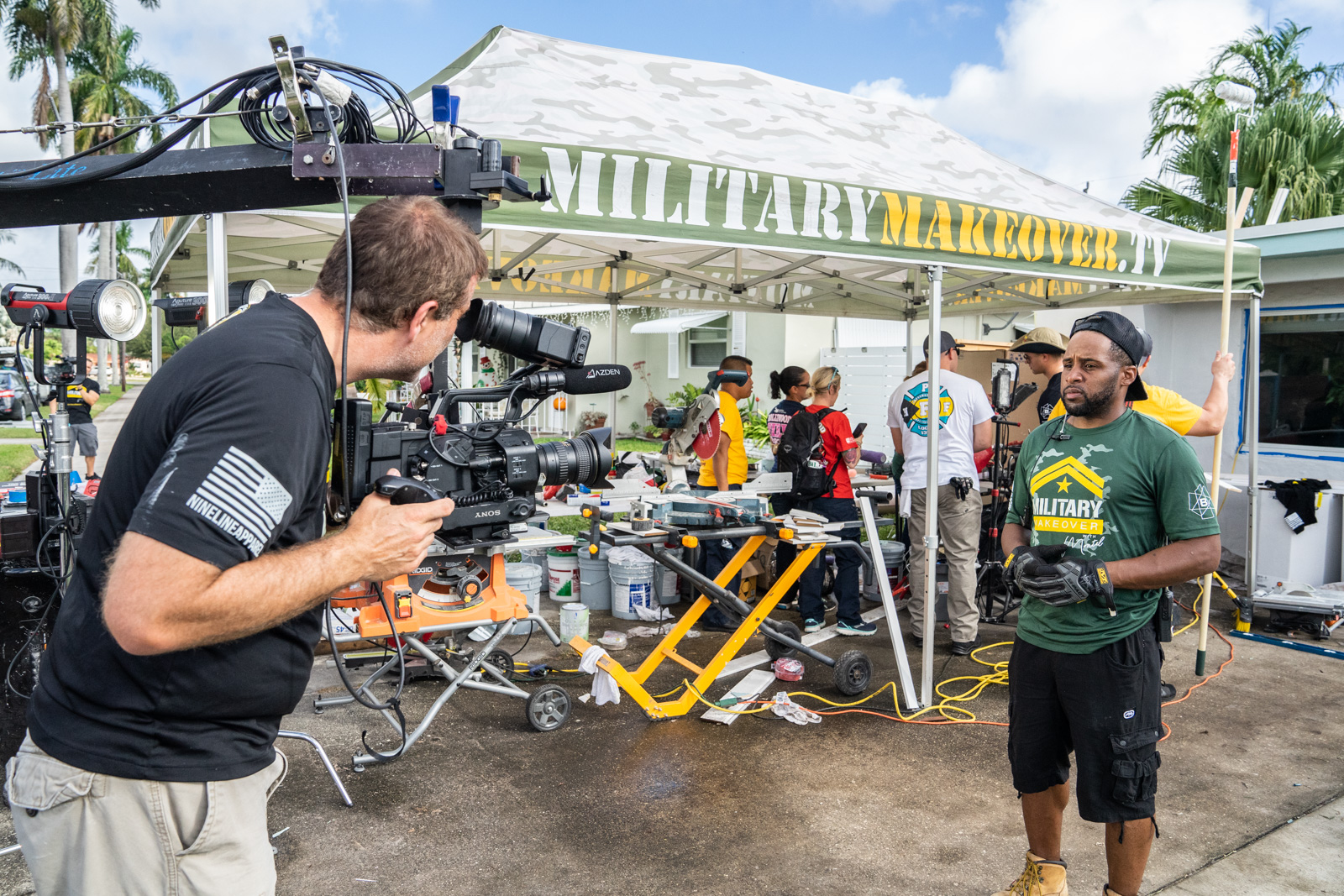 Behind the scenes on the set of Military Makeover with Montel Williams.

This was a very special edition of the show: The family and home being made over is that of the late Chris Hixon, a Navy veteran who heroically gave his life in the 2018 Parkland High shooting.

Members of the Yoli Give board were on hand, along with two US Military veteran Yoli distributors, to help work on the home and support the huge crew who gathered throughout the week to make this home makeover happen.

Because this is a reality TV show with an official release date, I can only show you photos that don’t give away the surprises contained in the finished Hixon home. Once the show airs in February, I’ll update this gallery to include all of the images.

Yoli President, Rod Hairston, meets with Debby and Corey Hixon to talk about Yoli’s offering for their family.

Montel visiting the work site to tape his segments:

After work, we took some time to explore Ft Lauderdale. A few images from evening adventures:

WWE star Lacey Evans was on set every day, not only to film her segments, but to help get the work done.

The reality of making a reality TV show: long days, rain or shine, dozens volunteers, and working right up to the very last minute.

Yoli’s hydration station was a hit. Supplies were exhausted prematurely, we had to overnight additional product from Utah to Florida to meet the demand of the thirsty workers.

The Hixons are a family of faith and country. The flag and a small statue of Mother Mary presided over the the construction.

Momentos of Chris Hixon’s life and legacy adorned the house and yard:

Reveal day brought out neighbors, friends, family, Servicemen, local and national media. Watching Debbie and Corey Hixon return to their newly remodeled home was exciting and emotional for all.

Host Art Edmonds welcomed them from their limo, loved ones greeted them in the driveway, Montel Williams awaited at their front door:

Receive an email update when we publish something new: