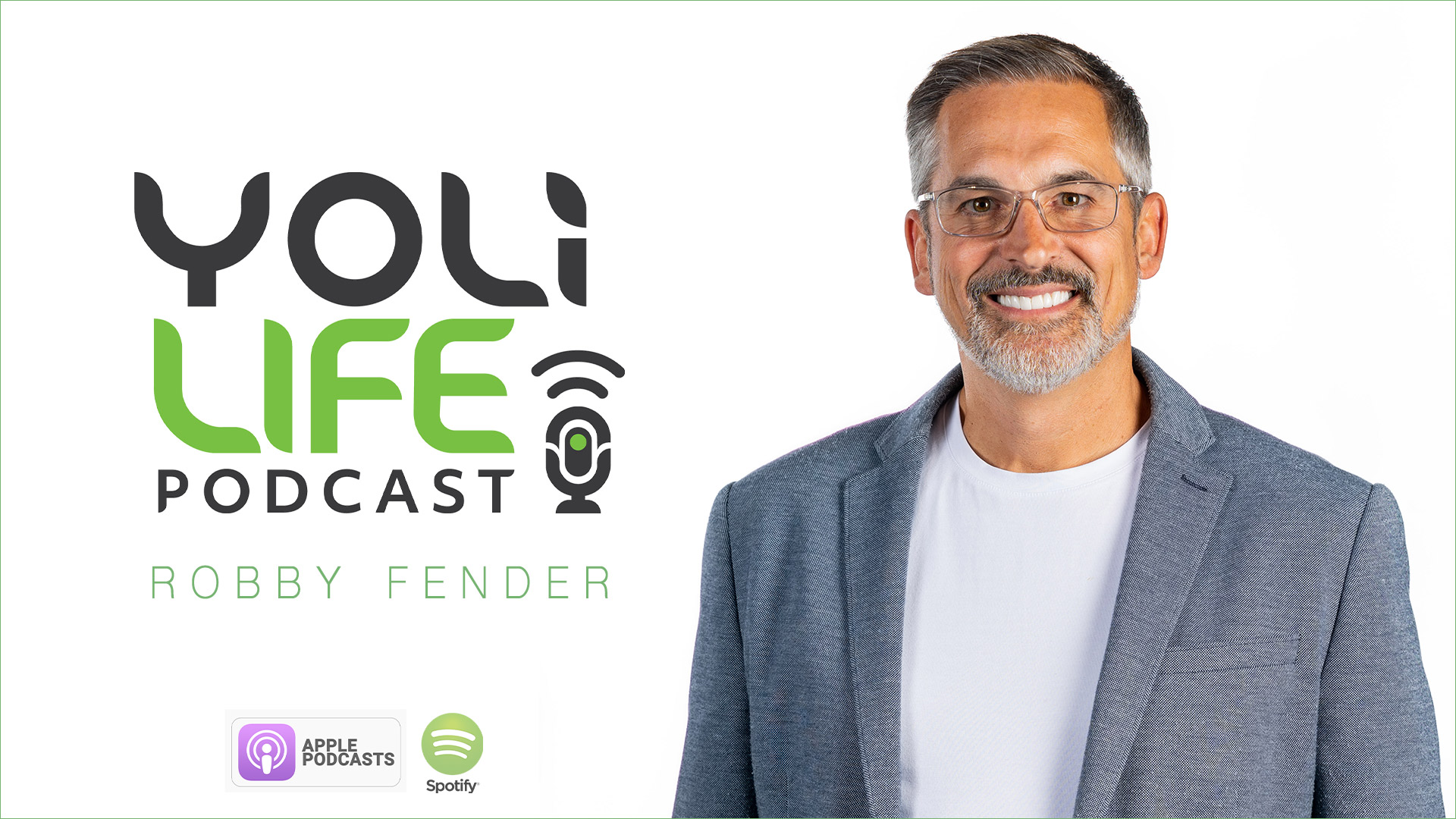 Robby Fender is an entrepreneur, father, husband, mentor, computer nerd, conversationalist extraordinaire, CEO and founder of Yoli. Robby winds the clock back and tells us about his life as a kid, meeting his wife (and Yoli co-founder) Kimi, his mentors, and how swinging a deal on a red 1970 Camaro changed his life.

“Kimi and I want to get to a point where we get to do what we want, when we want, with who we want, where we want, at any given time. That’s awesome. But when you accomplish it…guess what, at least for me, it’s wait a minute – I’ve learned a formula, I’ve learned how this works. I’ve learned the psychology. I’ve learned the skills….And then immediately, you want to pay it forward. You want to teach other people how to do it. I’m not the only one, I believe there’s a whole bunch of people of all ages right now  who would like to make money not an issue. “

Learn how Yoli is transforming lives!